The Lost Children of Babylon are a Philadelphia based spiritual hip hop group. First displaying their eloquent skills on Jedi Mind Tricks’ first single, The Amber Probe in 1995 and tracks like “Chinese Water Torture”, “The Three Immortals”, “As It Was In The Beginning” and “Books of Blood – The Coming of Tan” from The Psycho-Social-Chemical-biological-and-Electromagnetic Manipulation of Human Consciousness LP in 1997, Rasul Allahu (The Face Of The Golden Falcon) and The Breath Of Judah, laid the foundation that would later become LCOB. Shortly before the turn of the century, Rasul found himself on a different path than the Jedi Mind Tricks. Though the group’s reputation had been acknowledged for years, they had no physical manifestation of their work to show. Rasul began to rally the troops, calling upon The Breath of Judah, Richard Raw, Cosmic Crusader and Ancient Kemet. The band of shamans congregated in the studio and concocted the rhythmic mandala that is The Equidivium: Where Light Was Created.

For a very long time LCOB have been connected with the Wu Tang Killa Beez. Killah Priest, who has been a close friend and mentor of Rasul Allah since 1994, first introduced Rasul to the the Clan. Since then, LCOB has become officially affiliated with the Black Market Militia, The Maccabeez, Royal Family, Killarmy and the Sunz of Man. Most do not realize that the affiliation with the Beez predates any existing relationship with Jedi Mind Tricks. Although no collaboration has been released yet, all of these connections will manifest on the anticipated upcoming releases The Scroll of Lost Tales: The Appendices and the Street Apostles Mixtape featuring Wu Tang Killa Beez.

Combining a unique poetic expression with the Right Knowledge spread by Dr. Malachi Z. York-El, the master teacher of the Nuwaubians, and a variety of culturally infused theories about the creation and ultimate destiny of the human soul, the rhymes displayed by the Lost Children of Babylon are considered super-conscious, to say the least. Nuwaubu is a belief system which encourages the correct translation and vigorous study of ancient texts which icorporates aspects of various cultures. Although interchangeable with the United Nuwaubian Nation Of Moores, it appeals to individuals of any race who are interested in diverse spiritual ideas and religious concepts.

After The Equidivium: Where Light Was Created, LCOB followed up with Volume II of the Akashic Records, Words From The Duat: The Book Of Anubis, another spiritual classic produced by DJ Man E. Recently, the group has completed another two installments of the legacy of the Akashic Records, the upcoming The Appendices: The Scroll Of Lost Tales (Vol. IV) and The 911 Report: The Ultimate Conspiracy (Vol. III) produced by Mad Scientific. The latter is a politically charged dynamo which is a departure from the esoteric tradition continued on The Appendices. These albums have enlisted the skills of Atun Sen Geb and Amun Sen Hotep Re and feature cameos from artists like Bad News and Goldilocks. Both of these projects are being released on Babygrande Records, making LCOB and Jedi Mind Tricks label-mates at last. LCOB continues to prove its worth in the battle field of underground hip hop, while maintaining their claim as the creators and protectors of true spiritual hip hop.

The Equidivium: Where Light Was Created 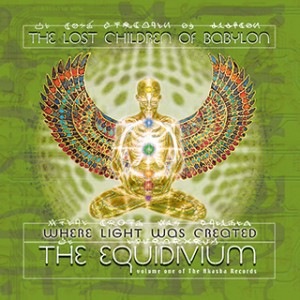 The Equidivium: Where Light Was Created
Originally released on Babygrande records in 2001

Words From The Duat: The Book Of Anubis 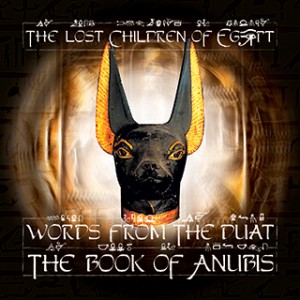 Words From The Duat: The Book Of Anubis
Originally released on Babygrande Records in 2003

The 911 Report: The Ultimate Conspiracy 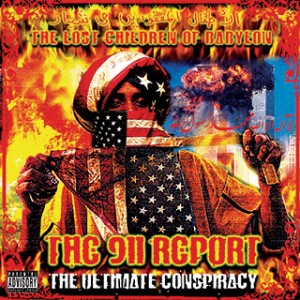 The 911 Report: The Ultimate Conspiracy
Originally released on Babygrande Records in 2005